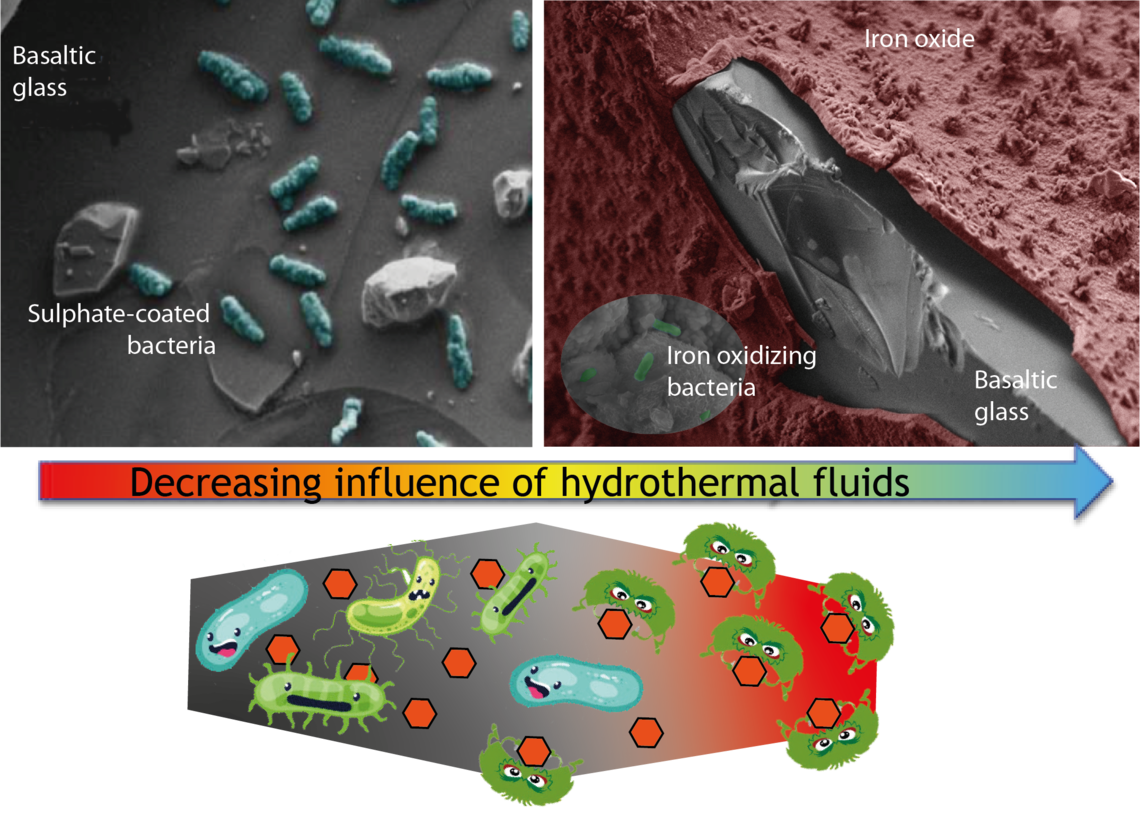 Research on the involvement of microorganisms in the alteration of oceanic rocks carried out at the Lucky Strike site through in situ colonization experiments, has highlighted the influence of the hydrothermal context on these processes. It was thus shown that i) under strong hydrothermal influence, the surface of basaltic glasses only serves as a support for colonization by microorganisms that feed mainly on organic matter and sulfur; ii) under weak hydrothermal influence, basaltic glasses serve as a source of energy for microorganisms that oxidize reduced iron, the main component of glasses.